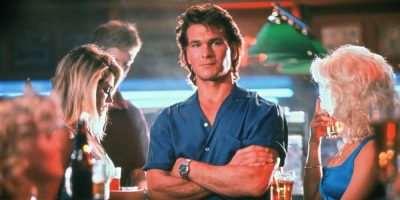 In a case of “news you didn’t know you’d be so excited about,” it has been announced that Jake Gyllenhaal is going to take on Swayze’s iconic role in a remake of “Road House.”

The idea first surfaced in November of 2021, but now it’s definitely in motion.

The 1989 flick was only a minor hit when first released – and a poorly reviewed one at that. But it has since attained status as a quintessentially cheeky, 1980s tough guy, bar-centred cult classic. Think of a more action-packed “Cocktail.”

As Entertainment Weekly reported, Amazon Prime confirmed the news of the project on Tuesday, with “Mr. and Mrs. Smith” and “Edge of Tomorrow” director Doug Liman signed on to helm the production.

Gyllenhaal will play the dive bar bouncer with a mysterious past as a former UFC fighter, and the setting will move from Missouri to the Florida Keys.

The new “Road House” is set to begin production in the Dominican Republic later this month, though no release date has been set.