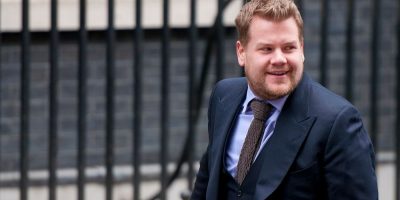 The owner of the iconic Balthazar restaurant in New York Keith McNally says he banned Corden from his establishment due to his treatment of his staff.

Now, to be fair, McNally has a history of booting celebrities from his restaurant.  This week, the owner is calling Corden a “tiny cretin of a man” and said he was the “most abusive customer ever.”

Within hours of the restaurant owner’s post, Corden did apologize.

Keith McNally is a well-known restaurant owner with many establishments that celebrities frequent.

Keith courts controversy!  According to many reports, Keith has been called out for supporting controversial figures in the past. Aside from backing up disgraced director Woody Allen after the documentary series Allen V. Farrow was released in 2021, he’s also been known to repeatedly speak up for Jeffrey Epstein pal Ghislaine Maxwell via social media, per Insider.