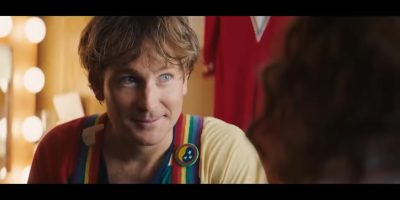 Jamie Costa may not be a household name but that could soon change.

The actor has posted a 5 minute film called “ROBIN Test Footage Scene” and it has gone viral. In the clip, Costa plays Robin Williams as he gets ready for another day on the set of the hit TV show Mork and Mindy. In his trailer, co-star Pam Dawber, played by Sarah Murphree, breaks the news that actor Jim Belushi has died.

Robin Williams is in disbelief as he had been with Belushi only the night before at a big party. Costa portrays Williams as his emotions go from high energy hilarity to disbelief and sorrow before returning to the Mork energy as re enters the set.

This is incredible! Jamie Costa is an actor/comedian who gained notoriety a few years back for his uncanny impression of #RobinWilliams. He‘a since teamed up w/ others to create this “test footage” as a pitch for a potential full-length movie. https://t.co/b8FSvijgXN

Zelda Williams, Robin Williams’ daughter has acknowledge the clip, saying on Twitter “Guys, I’m only saying this because I don’t think it’ll stop until I acknowledge it… please, stop sending me the ‘test footage’. I’ve seen it. Jamie is SUPER talented, this isn’t against him, but y’all spamming me an impression of my late Dad on one of his saddest days is weird.”