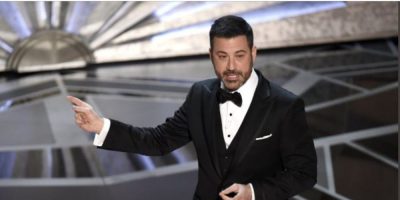 Jimmy Kimmel will be back as Oscar host for the third time!

Kimmel took the helm in 2017 – the year of the envelope gate – and 2018 before the Oscars went hostless for three years.

In a statement, Kimmel said: “Being invited to host the Oscars for the third time is either a great honour or a trap.

“Either way, I am grateful to the Academy for asking me so quickly after everyone good said no.”

“We’re super thrilled to have Jimmy score his hat trick on this global stage,” executive producers and showrunners Glenn Weiss and Ricky Kirshner said in a joint statement. “We know he will be funny and ready for anything!”

Next year’s event will take place on March 12th!