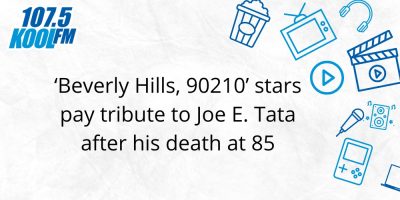 He was best known as the owner of the Peach Pit in the long-running show Beverly Hills, 90210. Joe was diagnosed with Alzheimer’s disease in 2014.

News of his death was announced by former castmate Ian Ziering on Instagram, following the recent deaths of two other co-stars.

He reprised his role in several appearances in the show’s spinoff.

His final TV credit was in 2014 when he appeared on ABC Family’s “Mystery Girls,” alongside “90210” costars Spelling and Garth.