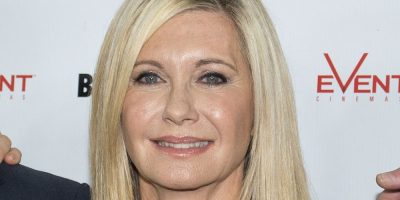 After a long battle with cancer, the “Grease” star died Monday morning surrounded by family and friends at her Southern California Ranch.

Her daughter Chloe Lattanzi posted the last picture of Olivia on Instagram with a message “I worship this woman. My Mother. My Best Friend.”

John Travolta posted to social Monday, saying in part; “My dearest Olivia, you made all of our lives so much better.”

“I’m so sad about this,” tweeted Canadian singer Jann Arden. “Olivia was one of the nicest, most supportive people I ever met. She was my idol and my inspiration.”

Born in England and raised in Australia, Newton-John recorded more than two dozen studio albums between 1971 and 2016 and appeared on the soundtrack album of the 1978 movie adaptation of Grease, in which she starred with John Travolta.

Grease spawned hits like “You’re the One That I Want,” “Hopelessly Devoted to You” and “Summer Nights.”

Producers added four tunes at the last minute: “Grease,” “Sandy,” “You’re the One That I Want,” and “Hopelessly Devoted to You.” Newton-John’s big ballad came after filming wrapped — and ended up receiving an Oscar nom.

Sandy was never meant to be Australian

The Melbourne native couldn’t do an American accent, so they rewrote the part and changed Sandy’s last name from “Dumbrowski” to “Olsson.”