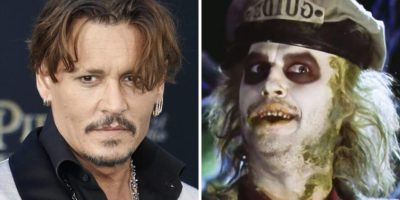 Rumours are swirling around that Johnny Depp may be making his film come back by starring in Beetlejuice 2!

According to fans, his name was seen on a call sheet when searching the movie on Google.

Michael Keaton and Winona Ryder are both rumoured to be reprising their roles from director Tim Burton’s 1988 original.

Related: Home Depot Is Selling An Inflatable Sandworm from Beetlejuice…

Currently, Johnny Depp’s defamation case against ex-wife Amber Heard is with the jury for deliberation.

The 1998 film revolved around a dead married couple – played by Alec Baldwin and Geena Davis – who is resurrected as gormless ghosts who become hell-bent on haunting an irritating family out of their dream home.

Beetlejuice 2 is scheduled for release sometime in 2025!