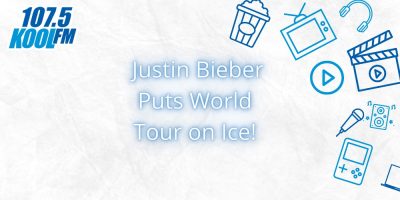 Fans were left disappointed earlier this year after JB was diagnosed with Ramsay Hunt Syndrome, a rare neurological condition that left him suffering facial paralysis -it forced him to cancel months of shows.

Justin has now revealed via social media that he’s stepping back from touring to focus on his health. Justin explained in his post, “after resting and consulting with my doctors, family and team, I went to Europe in an effort to continue with the tour. I performed six live shows, but it took a real toll on me.”

He continued the post by thanking fans for their support!