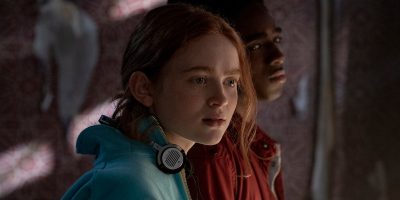 The single originally appeared on her 1985 album “Hounds of Love,” but never made it to No. 1 until now!

It climbed to the top of iTunes after part one of “Stranger Things” Season 4 debuted on May 27.

The song is now trending around the world and has hit No. 8 in the UK!

Kate Bush took to social media to share her excitement!

Bush wrote, “You might’ve heard that the first part of the fantastic, gripping new series of ‘Stranger Things’ has recently been released on Netflix.”

Kate continued, “Thanks very much to everyone who has supported the song,” Bush wrote. “I wait with bated breath for the rest of the series in July.”