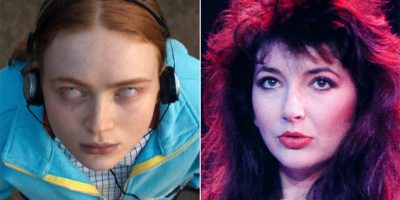 The ’80s art-pop star’s iconic hit single “Running Up That Hill” is currently the most-streamed song on iTunes thanks to its being prominently featured in the first episode of the new “Stranger Things” season.

In the show, the track is used to underscore the storyline of Max Mayfield (Sadie Sink) as she struggles to reconcile the complicated death of her brother, Billy, who was possessed by an evil force during Season 3.

Related: The New Season of Stranger Things Is out with A Warning To Parents After School Shooting…

The ’80s-inspired horror series just dropped its highly-anticipated fourth season on Netflix over the weekend.

The hit was the first single released off of Bush’s “Hounds of Love” album, which came out the same year. Both the single and the album garnered widespread critical acclaim at the time, with “Hounds of Love” since being named among the greatest records of all time by a slew of music critics including those at Rolling Stone and Pitchfork.