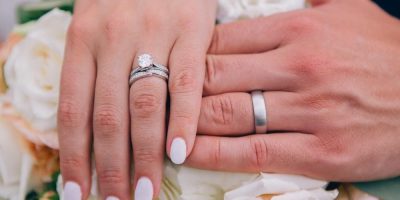 According to Keanu, that’s the case.  Winona Ryder has already said as much and film director Francis Ford Coppola has too. It all stems from the 1992 Coppola directed film “Dracula”, which starred Ryder and Reeves along with Gary Oldman & Anthony Hopkins.

In the film there is a wedding scene where Reeves and ryder are wed.  But, it was filmed using actual priests!  As Ryder has claimed, “No, I swear to god I think we’re married in real life.  In that scene, Francis used a real Romanian priest. We shot the master and he did the whole thing.  So, I think we’re married.”

Although now that they’ve both moved on and are in their own respective romantic relationships, it doesn’t seem like this revelation will amount to anything.  Still, it makes one wonder what may have happened years ago… at a time when they both, it has also come to light, had massives crushes on each other.