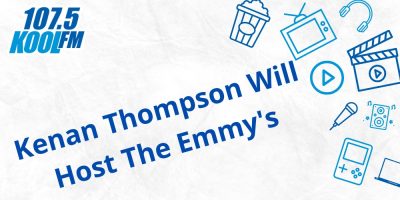 Long-time ‘Saturday Night Live’ cast member Kenan Thompson was announced as the Emmy host which is next month.  The telecast will air live on Sept. 12 on NBC, and stream on Peacock as well.

“Being a part of this incredible evening where we honour the best of the television community is ridiculously exciting, and to do it on NBC – my longtime network family – makes it even more special,” Thompson said in a statement. “Like all TV fans, I can’t wait to see the stars from my favourite shows.”

Thompson has plenty of hosting experience over the years; last year, he hosted both the 2021 Kids’ Choice Awards and the 47th People’s Choice Awards (which aired on both NBC and E! Entertainment.)

Plus NBC named Kenan as host despite the network cancelling his comedy “Kenan” this spring after two seasons which shows that the network still wants big things for the SNL cast member.