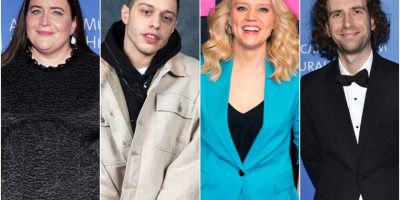 The Pete Davidson era on Saturday Night Live Came to an End this weekend! Davidson joined the show in 2014 when he was 20.

Davidson, though, has been busy in recent months: He took time off from “SNL” to work on a horror movie “The Home,” which was shot in New York and New Jersey.

He also will star in “Bubkis,” a show for the streaming service Peacock, which will be based on Davidson’s life. His mother will be played by “Nurse Jackie” and “The Sopranos” star Edie Falco. And not to mention that he’s dating Kim Kardashian!

Kate McKinnon, Aidy Bryant, and Kyle Mooney will also not be returning for season 48 in the fall!