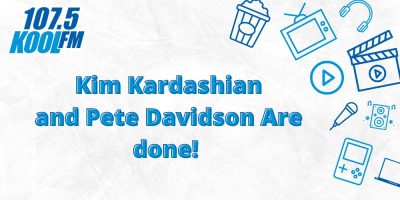 According to reports the nine-mouth affair is over, with Kim reportedly pulling the chute over Pete’s “immaturity.”

According to reports, Kim was also “totally exhausted” by the romance among “other things going on in her life” including divorce proceedings with rapper Kanye West.

Kardashian was also reported to be struggling with trying to maintain a long-distance romance with Davidson while he was away from the U.S. filming his latest movie in Australia.

Kim and Kim began a relationship in October last year when Kim hosted SNL where the pair shared a kiss during a sketch.

In other Kardashian news, Co-parents Khloe Kardashian and Tristan Thompson welcomed a baby boy via surrogate. Also, Khloe ended things with that mystery man she was seeing.