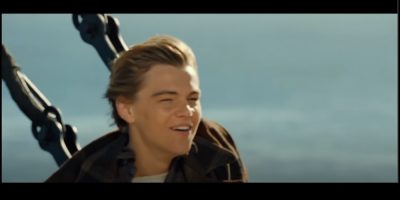 Turns out the king of the world almost didn’t make it onboard. James Cameron reveals Leonardo DiCaprio nearly lost his Titanic role over his “negative” attitude.

In the audition process for Titanic, director and creator, James Cameron revealed in a video interview with GQ that he almost didn’t end up casting Leonardo DiCaprio or Kate Winslet – his two romantic leads.

“He came in, he thought it was another meeting to meet Kate,” James Cameron described. He remembered telling the pair, “We’ll just run some lines, and I’ll video it.” But then Leo – who by then had led several movies asks, “you mean I’m reading?…I don’t read,” meaning that he no longer submitted to having to audition for film roles. Without missing a beat, Cameron extended his hand to the star and told him, “Well, thanks for coming by.”

James Cameron then told Leonardo how the film was going to take two years out of his life, and how he was “not going to f**k it up by making the wrong decision in casting.” So eventually Leonardo read the part and was absolutely perfect. James remembered how the actor “lit up” and “became Jack” instantly creating electric chemistry with Kate Winslet.

“Titanic” sailed into theatres on December 19, 1997, and eventually went on to win 11 Academy Awards, including best director for Cameron.