What have you been reading this past year?

When the pandemic began in March 2020, I had just agreed to be the Champion for the Barrie Public Library in the very first Simcoe Reads competition.  I had to pick a book to champion so  I needed to read some books! The goal was to find a book I thought spoke to the moment “that everyone in Simcoe County should read!” Since libraries were closed physically, I bought a Kobo eReader and I used BPL’s digital library, CloudLibrary, to begin my search.

Did you know your library has a digital library with books, audio books and more? If you haven’t accessed it yet, do it!

I actually ended up listening to all the books that were chosen for Simcoe Reads. I was able to ‘read’ while cooking and cleaning and driving to and from work (when I finally went back into the office in July). They were all really good books but, of the five, there are three I’d highly recommend:

First, the book I chose to champion, An Ocean Of Minutes by Thea Lim, which won the competition! Talk about perfect book to read during a pandemic: a dystopian fiction novel set on the backdrop of a global flu pandemic that started in the 1980s. Add in a love story and time travel and you have a fantastic tale that sweeps you along. Polly has to travel to the future in order to save the life of the man she loves in the present who has become sick. Did she make the right choice? Will she find him the future?

Second,  Moon of the Crusted Snow by Waubgeshig Rice. This apocalyptic novel set on a northern First Nation reserve is a book I hope will become part of the curriculum in more schools.

“With winter looming, a small northern Anishinaabe community goes dark. Cut off, people become passive and confused. Panic builds as the food supply dwindles. While the band council and a pocket of community members struggle to maintain order, an unexpected visitor arrives, escaping the crumbling society to the south. Soon after, others follow.”

And, finally, Empire of Wild by Cherie Dimaline. The audio book performance by Michelle St. John is perfection! “This novel, inspired by the traditional Métis story of the Rogarou – a werewolf-like creature that haunts the roads and woods of Métis communities – is an inventive, engrossing and thrilling read.”

A Series to Binge Read

This fall, I started to read the Chief Inspector Gamache series of novels by Louise Penny. I’d heard them recommended as “an easy read during the pandemic” where nothing too gruesome happens “on the page”. Since I LOVE police procedural mystery novels, like the Rebus series by Ian Rankin, I was in.

The novels follow Chief Inspector of Homicide Armand Gamache of the Sûreté du Québec as he solves murders, many happening in the small town of Three Pines in the Eastern Townships. The town has a wonderful cast of characters. The thread running throughout the series of books is the corruption in the Sûreté  which Gamache, not corrupt, has to deal with.

Louise Penny has done an incredible work creating the amazing and large cast of characters in these novels. I find myself wanting to hang out with Armand Gamache and his wife, who seem like such lovely people. If you read the series in order, you are taken on such a journey and get to know the characters so well that you might find yourself crying at the end of some of these books. I highly recommend them.

What are your book recommendations? 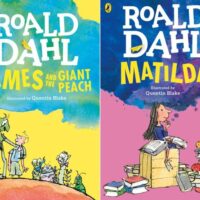