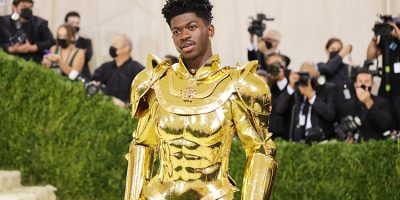 Lil Nas X isn’t being shy on attacking BET for snubbing him for the 2022 BET awards, and he’s made some pretty bold claims.

Some claims that in my opinion, I think he’s right about.

The entire situation started off earlier in the month from some now-deleted Tweets, where Lil Nas X called out BET for not giving him a SINGLE nomination:

Some Twitter trolls chimed in on the situation, saying Lil Nas X was just using his sexuality as the reason why he was passed over on the award show:

On paper, it doesn’t make sense that he hasn’t been given the recognition from BET.

The 23 year old artist has the accolades already with 2 Grammy wins and 11 nominations since his viral breakout in 2019. He only received one nomination from BET in 2020 for Best New Artist, losing to rapper Roddy Rich.

Lil Nas X blew up onto the scene with his hit single “Old Town Road” which sold over 18 million copies worldwide and broke a Billboard record for charting at #1 for 19 weeks.

Below are all the RIAA certifications for all three songs:

Lil Nas X then doubled DOWN on his claims against BET with a snippet of his new song “Late To Da Party (feat. NBA Youngboy) that went viral on Twitter and TikTok:

Lil Nas X added in a series of new tweets that although “Industry Baby” was released at the end of eligibility for awards, only one of the two artists on the song got a nod:

He continued his quest against BET, saying it’s not about the award, rather the problem of homophobia within the community:

After getting destroyed online, BET had to issue a statement in regards to Lil Nas X’s claims to Deadline:

“We love Lil Nas X. He was nominated for a Best New Artist BET Award in 2020, and we proudly showcased his extraordinary talent and creativity on the show twice: he performed “Old Town Road” with Billy Ray Cyrus at “BET Awards” 2019 and his “BET Awards” 2021 performance was a highlight of our show. No one cheered louder that night than BET.

Unfortunately, this year, he was not nominated by BET’s Voting Academy, which is comprised of an esteemed group of nearly 500 entertainment professionals in the fields of music, television, film, digital marketing, sports journalism, public relations, influencers, and creative arts. No one from BET serves as a member of the Voting Academy.

At BET, we are passionate advocates for the wonderful diversity that exists within our community. We are committed to using all of our platforms to provide visibility and inclusion for all of the many intersections of the Black community.”

Taraji P. Henson will host the 2022 BET Awards from the Microsoft Theater in Los Angeles, airing on BET Sunday, June 26 at 8 PM ET.

We’ll see how this saga between Lil Nas X and BET ends soon, but I think he’s right.