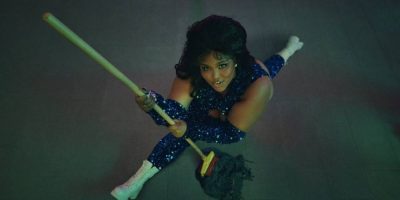 Lizzo just dropped her new album “Special” on Friday and she’s been hitting the press tour!

She graced the cover of ELLE UK and sat down for Ask Me Anything, an important question was asked:

“Who would you trust more to look after you on a night out? Harry Styles or Cardi B?”

The “About Damn Time” singer took a second, giggled, and said she was thinking of Harry when the question was asked!

Later on in the video, she was asked about her mentor Adele, her legacy, and who SHE would pick for a 2020s remake of “Lady Marmalade”.

Watch Lizzo take on all the questions, in rapid-fire succession, below.