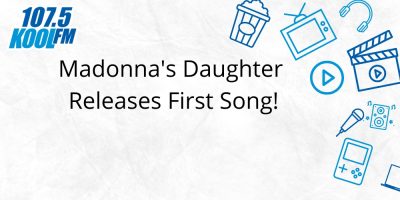 The track is titled Lock&Key!

The song is electronica-inspired, similar to her Mom’s sound (ray of light) and also pays tribute to Lady Gaga.

Leon released the single Wednesday under the name Lolahol!

Gaga and Madonna have a complex history, which came to a head in a 2012 interview in which the latter said that Gaga’s “Born This Way” single felt like a “reductive” take on her hit 1989 single “Express Yourself.”

“Lock&Key” marks Leon’s debut as a solo artist, though she previously worked with her mother on the 2012 song “Superstar,” from Madonna’s MDNA album.

Leon also appeared in several clips that played on stage as part of Madonna’s Madame X tour in 2019.