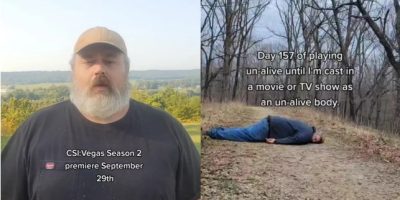 Josh Nalley of Kentucky had a dream… And that was to play a Corpse on TV!

So Josh set his goal in motion by creating a TikTok account filled with numerous videos of himself looking “un-alive.”

Nalley has built up an enviable following on his TikTok account @living_dead_josh, where he regularly posts videos of himself looking lifeless.

In the vids, the bearded, casually dressed man lies motionless — often in wooded areas but also in swimming pools, beds and bars. The account currently has more than 118,000 followers, and Nalley’s videos have gotten more than 4 million likes all told.

CBS liked what they saw in Nalley’s videos and offered him the part. He travelled to California, and CBS producers took him to the Hollywood Walk of Fame, according to the Courier-Journal.

A TikTok video shows him posing on his side by CSI actress Marg Helgenberger’s star.

It took Nalley 321 days of initial un-alive videos to get his big break. 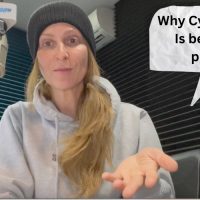 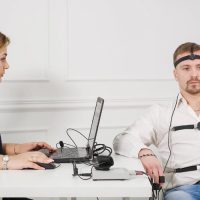