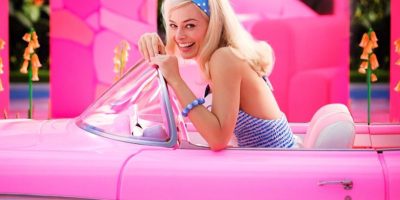 in the much-hyped comedy!

Ryan Gosling, who co-stars as Ken in the hot-pink-filled flick, is also scoring $12.5 million.

Other high-earning actors who still rank above Robbie’s impressive pay grade include screen legends such as Denzel Washington (“The Equalizer 3”), who’s raking in $20 million, Leonardo DiCaprio (“Killers of the Flower Moon”), coming in hot with $30 million and Tom Cruise, who ranks as the highest-paid actor with $100 million for “Top Gun: Maverick.”

According to Deadline, the plot is about “Barbie getting kicked out of Barbieland because she’s not perfect enough” and she “goes on an adventure” to save Barbieland only to realize “that the key to happiness is belief in oneself.”

“Barbie” is slated to drive her hot pink convertible into theatres on July 21, 2023.