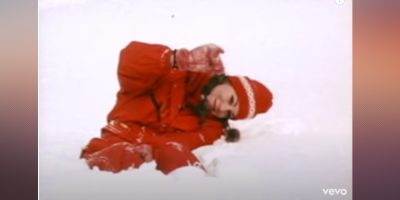 Halloween is officially done, now it’s time for the Queen of Christmas to shine.

Mariah Carey took to social media to announce that it’s time to get your Christmas on….

The clip opens in black and white with Carey on a stationary bike, dressed as a witch and surrounded by jack-o’lanterns and CG bats.

Then, with a sucker punch of colour, we’re thrust into Mariah’s winter wonderland. “It’s time,” she squeals. And, of course, “All I Want for Christmas Is You” rings out.

Carey is still the Queen of Christmas with her 1994 holiday original topping the Billboard Hot 100 multiple times over the last few years and ranking as the most popular song of all time on the Billboard Holiday 100.

Mariah Carey has a four-performance run coming up in Toronto and New York.  ‘Merry Christmas To Us All” Will stop in Toronto on December 9th and 11th.  Tickets are now on sale.

In addition, to buying passes, Carey’s “lambs” will be able to purchase an exclusive t-shirt and a copy of her illustrated holiday fairytale, The Christmas Princess, which drops next Tuesday (Nov. 1).

For the record, it’s not time yet. Christmas is 54 days away, but who’s counting?