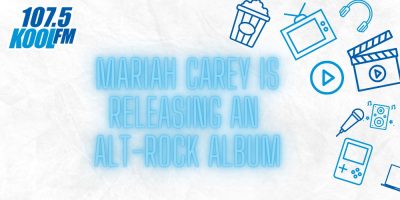 This is a hard concept to follow after listening to Mariah’s pop and R&B music for over 20 years.

But back in the 90s when Carey was ruling the charts with monster hits live “Dreamlover,” Fantasy,” and “Always Be My Baby,” she was also secretly recording alt-rock music.

Now, Carey plans to release the 1995 LP, which had been buried by her label. But Mimi has unearthed her version of “Someone’s Ugly Daughter,” which originally featured her lead vocals before they were replaced by her friend Clarissa Dane in the band Chick.

Although Carey produced, wrote and sang backup vocals on “Someone’s Ugly Daughter,” which came out the same year that she released her blockbuster “Daydream” album, her involvement was kept secret by her then-label, Columbia Records.

In a Rollingstone podcast, she tells hosts that rock music was her outlet and no one knew about it.

Carey said. “I honestly wanted to put the record out back then … and let them discover that it was me, but that idea was squashed.”

Carey described “Someone’s Ugly Daughter” as “like a girls’ Green Day group moment. And, of course, there was the Courtney Love era.

Fun Fact, Mariah will celebrate the 25th anniversary of her album “Butterfly” which dropped from the heavens on Sept. 16th, 1997.