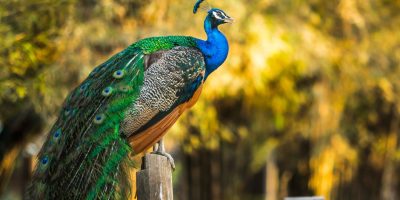 Martha took to social media on Saturday to express shock after learning that six of her peacocks had been “devoured” as she put it by Coyotes in broad daylight on her New York Farm.

Alongside a video of a peacock named BlueBoy, she wrote: “RIP beautiful Blueboy. The coyotes came in broad daylight and devoured him and five others including the magnificent White Boy any solutions for getting rid of six large and aggressive coyotes who have expensive tastes when it comes to poultry??”

Martha explains that the birds are no longer allowed to roam free and they plan on excluding the top of the yard with fencing.

Martha has had many Peafowl since 2001.