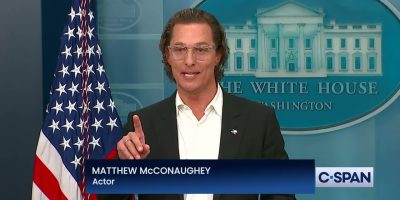 Matthew McConaughey addressed reporters from the White House briefing room podium on Tuesday to call for new gun control measures after the May 24 murder of 21 people at an elementary school in his hometown of Uvalde, Texas.

The actor emotionally described the lives of some of the victims of the mass shooting at Robb Elementary School while saying he was optimistic there is “a viable path forward” to pass new gun laws.

McConaughey grew up in Uvalde where his mother was a teacher just 1 mile from the crime.

McConaughey specifically called on U.S. lawmakers to pass legislation to raise the minimum age gun owners can purchase an assault rifle to 21 from 18, bulk up background checks and institute red flag provisions.