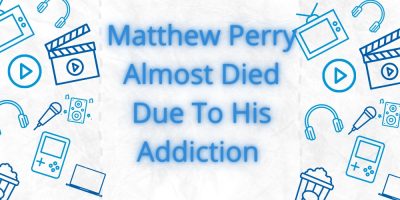 Matthew Perry Almost Died Due To His Addiction

The former ‘Friends star is opening up about his addiction battle in his memoir: ‘I didn’t know how to stop.

Perry admits that during the heydays of ‘friends’ there was a lot of alcoholism.

In his new book, Matthew admits that substance abuse just got worse as the show became more popular.  Perry says season 9 was the only full season he was sober and that was the year he was nominated for Best Actor.

Perry admits that he didn’t know how to stop!  At one point it almost killed him.

Matthew suffered a gastrointestinal perforation due to opioid abuse and was put on a life support machine but his family was warned he only had a slight chance of living. He became the only one of five patients to survive in his ward.

Matthew Perry has now achieved sobriety and is now sharing his story in his new memoir.