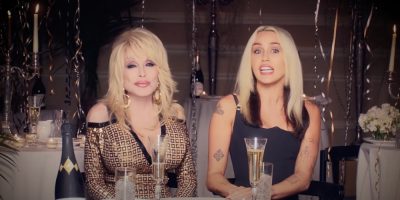 Miley Cyrus will ring in the new year with a new co-host.  This is the second year that Miley throws a televised New Year’s party and this year it will feature her godmother, Dolly Parton.