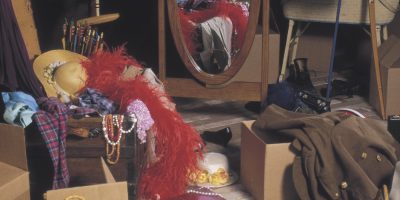 Millions have ‘cash in the attic’ but three in 10 people have never been into their loft because it’s too cold, they’re scared of what they’ll find – and it might be full of spiders.

A poll of 2,000 homeowners with attics found 26 percent have no idea what’s up there, with 13 percent who haven’t been up worried they’ll get stuck.

A further 16 percent are concerned about falling through the ceiling while 16 percent have no ladder.

As a result of rarely exploring their attic space, 42 percent of those with loft insulation have no idea what kind they have.

Other reasons people don’t venture into their attics are that they are worried they’ll trip and fall over something, it’s dirty and poor lighting.

Of those people who are brave enough to rummage through their attic, haven’t done so in over a year.

But when they do go up, they confess they’ve found interesting and unexpected items like antiques and cash!

Top 20 REASONS FOR AVOIDING THE ATTIC