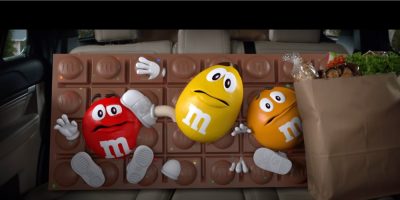 A candy that was primarily produced for soldiers fighting in World War II, the 80-year-old chocolate treat that has become one of the most popular candies around may be getting rid of its iconic mascots.

The original mascots were the Red and Yellow M&M’s representing the original and Peanut varieties, but over the years Mars added several new members to the mascot lineup as its offerings expanded over the decades.

They included the Green and Purple “female” M&M’s who sparked some controversy over the years.

However, there are plenty of people who have a serious emotional investment in “sexy” candy mascots based on the fallout of the brand’s decision to give them a more “progressive” facelift last year.

On Monday, M&M’s announced that they will no longer be using their iconic mascots to sell their candy.

While some feel like this may be the end of an era, others are calling out the brand for its potentially clever marketing stunt.

If this is true, we can all agree that we’ll all miss seeing Yellow and Red at Christmas with Santa!