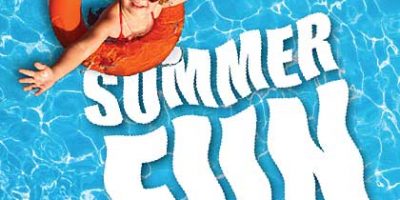 Summer is finally here!  According to new research, almost half of people can’t wait for summer so they can turn on the air conditioning.

A survey of 2000 people looked at the downside of summer and found that on average, people said that five hours a day outside in the summer is just enough, with almost 40% opting for even less time outdoors.

With the worst aspects of the season ranging from feeling sweaty (35%), to bugs (32%) and getting sunburnt (31%), 53% of all respondents agree that summer is best spent indoors.

People named some of their worst summer experiences, which included “feeling faint from the heat,” “getting a second-degree sunburn at the pool” and “getting dressed up and sweating.”

The average person goes into four public places a week during the summer just to escape the heat, with two-thirds of respondents agreeing that one of the best summer feelings is stepping into an air-conditioned setting.

Another reason that 55% of people prefer staying inside during the summer is that planning an outdoor outing is more of a hassle compared to an indoor one.

This may be why 53% are looking for ways to have fun indoors this summer.

Most respondents also said they’re on the hunt for fun indoor activities to catch up with friends and family indoors this summer (59%), but wish there were more options (57%).

Worst Part Of Outdoors In The Summer