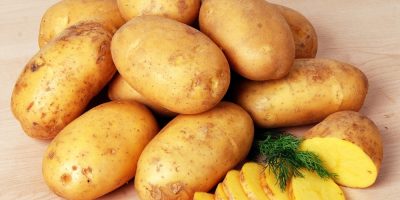 It’s a guilty pleasure for many and now might be a secret weapon when trying to lose weight.

Researchers have discovered some surprising health benefits of the carb.

As it turns out, these spuds are incredibly nutrient-dense and could be a crucial “part of a healthy diet,” according to a new study by researchers at Pennington Biomedical Research Center in Baton Rouge, Louisiana.

Potatoes have always had a bad rap, associated with insulin resistance and a contributor to type 2 diabetes.

This is great news for those who loaded up on grandma’s famous mashed potatoes over Thanksgiving, or who over-indulge in carbs at holiday feasts come December and New Year’s.

Because the starch is low-calorie but very filling, researchers found that filling a plate full of potatoes can contribute to a shrinking waistline.

Potatoes contain vitamin C, vitamin B6, potassium, magnesium, folate and fibre, which all promote health, and have also been found to have antioxidants.

Here’s how to maximize your potatoes:

Boil with skins on then place in a fridge for 12-24 hours to maximize their fibre. Scientists say that potatoes are just as healthy as beans and peas.

The study, which was published in the Journal of Medical Food, confirmed that people can still maintain a healthy diet and indulge in some potatoes, challenging what was previously believed about the once-damned starch.

Carb lovers can’t only chow down on potatoes, but foregoing them altogether also isn’t necessary. Potatoes are “fairly inexpensive” and are easily incorporated into everyday meals.