County of Simcoe did not make the cut. Amazon has announced the shortlist of communities that will be considered for it’s secondary headquarters, and Simcoe is not on it. The County took a shot at it with a submission in October, one of 238 to do so. Only twenty remain, Toronto being the only Canadian city to make the cut. The finalist will be announced in the coming months. “We had a very impressive and serious bid that was endorsed by our federal and provincial partners.” says County Warden Gerry Marshall,  “Landing Amazon was always going to be a challenge for each jurisdiction that made a submission but absolutely worth the effort for us to showcase our region and attract other businesses and economic growth to our area. Our message was heard by industry, businesses, and our residents that we are open for business.” 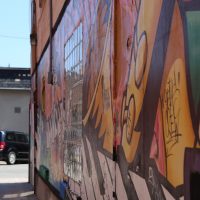