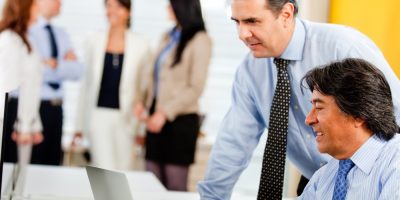 A poll asked 1,000 male office workers how often they repeat what they wear to work.  52% say they have about five different looks, and they’ll often re-wear the same rotation every week.

We’re assuming they wash the shirts in-between uses, but that’s unclear. The men in the poll admitted that, on average, they only wear 41% of their available wardrobe.