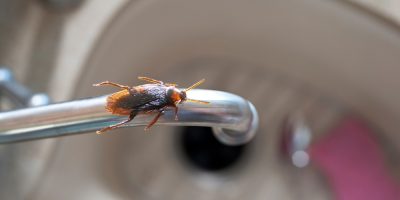 According to a new survey, one in three people has seriously considered burning down their own home after experiencing a bug infestation!

The study of 2,000 adults found that 66% are willing to do “nearly anything” to get rid of bugs at home — including fumigating their entire home, putting glue traps in every corner or even using a whole can of bug spray all at once.

Over half of respondents have considered moving because of bug infestations — 69% of people who considered that option actually followed through and packed up their things.

Six in 10 believe bugs are one of the worst things to put up within the home.

A new poll found the worst rooms in the house to find bugs in the bedroom, kitchen and bathroom!

We’d Rather Have Rodents Than Bugs!

When asked what they would rather put up with instead of bugs, respondents said they would prefer dealing with broken appliances, creaky floors, broken windows, not having television connections and rodents.

Top 9 Things People Would Try To Get Rid Of Bugs

Put glue traps in every corner of the home – 46%

Douse the bugs with boiling water – 37%