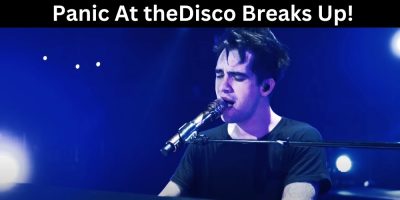 After a 20-year-long run, band frontman Brendon Urie shared that after their upcoming European tour “Panic! At The Disco will be no more.”

“Well, it’s been a hell of a journey,” Brendon started his message. “Growing up in Vegas I could’ve never imagined where this life would take me. So many places all over the world, and all the friends we’ve made along the way.”

A post shared by Panic! At The Disco (@panicatthedisco)

Brandon also revealed that he and his wife are expecting a baby soon and he will be focusing his energy on fatherhood!

Since forming the pop-rock band in Las Vegas nearly 20 years ago, Brendon, who remained its sole constant member, has gradually been doing his solo thing.

Panic!’s final tour will begin in Vienna on February 20 and will run through March 10, concluding in Manchester, England.