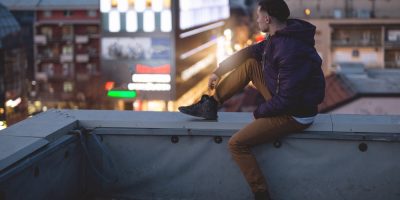 People have never spent so much time alone. And alone time is rising sharply for every demographic—young and old, male and female, white and non-white, metro and rural. But is aloneness the same as loneliness? And can we really blame technology for it?

A Survey started in 2003 that studied friendships, and between 2003 and 2013, people spent basically the same amount of time with their friends.

They spend slightly less than seven hours [per week] with friends.

If you expand the definition of friends to include family and neighbours and coworkers outside of work, that whole set of people—including your friends, and companions—they spent about 15 hours.

We’ve increased the amount of time we spend alone by almost 10 hours.

So what are we doing with all this alone time?

The research shows, we’re watching a lot of TV, and looking at our phones or the internet.

There are other things. We’re exercising more alone a little bit, we’re shopping more alone, so we’re not going to the mall with our friends or whatever.

But the bulk of it is, we’re taking advantage of the fact that we can stream and sit alone in a corner of our house and not have to fight with our spouses about what to watch.

It’s important to note that this aloneness didn’t start with the pandemic, it’s something that has increased over time and was accelerated by the lockdowns.