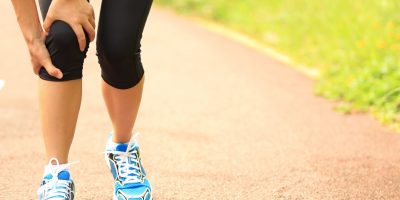 Trying to get back into a pair of jeans bought before March 2020 is a challenge for lots of people still — and a new study found that injury may be to blame.

The study of 2,000 adults, by OnePoll in partnership with CURAD, found that seven out of 10 respondents said they stopped working out during the thick of the COVID-19 pandemic.

Eighty-eight percent said they had every intention of getting back to their pre-pandemic body, but 56 percent have since sustained an injury.

Almost 65% of those who tried to get back into shape admit that they returned to their normal routine too quickly after sitting on the couch for over a year.

56 percent, to be exact — said they got back into their competitive sports too soon, and 45 percent either pulled a muscle or “moved too quickly.”

Where respondents received their injuries:

Overall, 85 percent of respondents said their injuries have stopped them from getting back into shape, with 90 percent saying they had to switch up their routines because of their ouchie.

What are People using to recover?