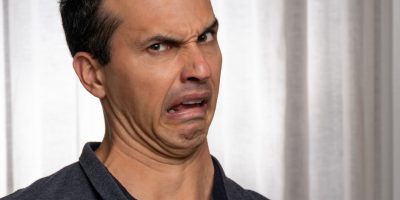 Ick! That horrible moment when someone you previously had your eye on does something that you simply can’t get past.

Although the term may be a new one, the idea that ‘small’ traits and habits can immediately turn you off is a tale as old as time.

A new study by the self-care and pleasure brand WooWoo has found that one in four of us have had the ick, as well as the common themes that are guaranteed to put off a potential partner.

Related: The Biggest Turn-offs For Men and Women in The Bedroom…

The survey revealed that over a quarter of women fell foul of the ick within one month of dating, whereas men took a bit longer, with over a quarter saying they were “icked” after a whole year in a relationship. The top turn-offs were also split by gender.

These are what men said gave them the ick most:

For women, the same things popped up, but with a more conclusive response and in a slightly different order:

Male respondents were more likely to power through an ick – 34% compared to women at 24%. Over one in ten (12%) who worked through it are even still in a relationship with that person.

Interestingly, although 47% of women said they felt awkward or that their body was a disappointment, almost the same amount of men declared that they weren’t concerned about looks in the bedroom – for them the most important part was how the act felt.