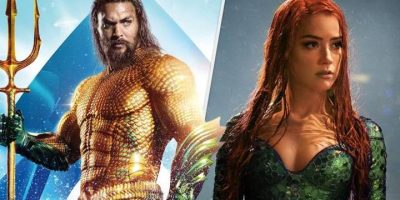 It appears that Johnny Depp fans are trying to cancel Amber Heard.

A petition calling for the actress to be dropped from “Aquaman 2” has reached over 2 million signatures amid the actor’s ongoing defamation suit.

The campaign’s goal is 3 million signatures, upon which fans hope that Heard will be prevented from reprising her role as Princess Mera in the James Wan-directed superhero sequel, which wrapped shooting in January.

According to the petition, Amber Heard has been exposed as a domestic abuser by Johnny Depp in a $50 million lawsuit.

Related: Aquaman May Be Bigger Than Batman!…

As of yet, Heard is still scheduled to appear in the DC flick, which is slated for a March 2023 release.

The news comes as she and Depp — who were married from 2015 to 2017 — are embroiled in an ongoing court battle to determine if Depp was defamed by Heard’s 2018 Washington Post essay in which she accused Depp of abuse.