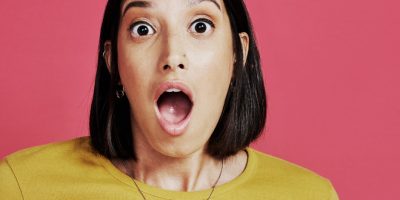 Brilliant and hard-working as you may be, if your way of speaking comes across as immature or scattered, then people — especially your bosses and co-workers — will probably have a hard time taking you seriously. The key to respect and credibility is to be direct, succinct and informative. And you can start doing that by avoiding these five types of words and phrases:

Related: Two-Thirds of Women have Experience Gender Bias in The Workplace…

For example, if you’re doing a presentation with slides- don’t read off the slides.  When you read from your slides as if your audience is illiterate (and bloat your explanations with extras like “as you can see here”), you diminish your authority by wasting everyone’s time.

Don’t be a comedian!

“This research was finicky, just like my mother-in-law.” When you divert attention by turning meetings into stand-up or show-and-tell hours, you position yourself as unserious, self-centred or inexperienced.

Stay away from Filler words:

We tend to fall back on filler words when we pause and think about what we’ll say next. You won’t be faulted for the occasional “umm” or “so,” but be aware that every syllable demands an equal amount of the other person’s attention. Getting rid of fillers makes you seem more focused and articulate.

Stop with the business jargon!

Saying “utilize” instead of “use” doesn’t make you look smarter. Business jargon adds bloat, not gravity, to your speech. And more often, it confuses — or inadvertently amuses — your audience. Say what you mean in plain speech.

We use hedging words to seem reasonable, approachable or the opposite of bossy. These goals are lovely, but when time is money, extra words aren’t kind or pleasing — they’re distracting. Nothing shows respect like clarity. Don’t beat around the bush: People will appreciate you more when you say what you have to say.