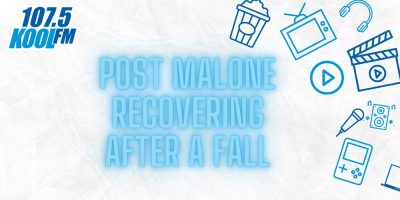 Post Malone is recovering from a FALL Saturday night at his concert in St. Louis.

Post Malone fell hard into an open trapdoor during a show in St. Louis on Saturday night. After a 15-minute break, he finished a shortened version of his show. He later said the fall knocked the wind out of him.

He performs in Toronto tonight for the first time!