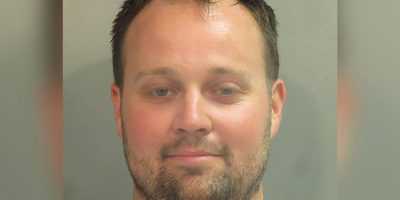 According to reports, the 33 year-old former reality TV star, Josh Duggar, who was on TLC’s 19 Kids and Counting, was arrested by police on Thursday and held without bail.

Josh, the oldest child of Jim Bob and Michelle Duggar, and is married to Anna, who is currently expecting their seventh child.

The charges were not read out at the arraignment, by request of Duggar’s Lawyers. But, Duggar has pleaded not guilty. According to E! News, through an indictment they obtained, “the grand jury charged Josh with receipt of child pornography and possession of child pornography in 2019. According to a press release from the Department of Justice, Josh faces up to 20 years of imprisonment and fines up to $250,000.00 on each count.o details have been given as to why he was arrested.”

It’s a GIRL!!!!!
🎀
We are overjoyed to announce baby seven is on the way and we can’t wait to hold her in our arms this fall! pic.twitter.com/sFokoh6TBH