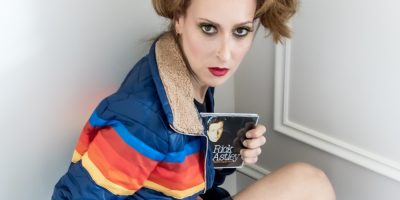 35 years ago this past Wednesday the world fell in love with a cheesy song that will forever be embraced thanks in part to the internet and the creation of the Rick Roll!

Rick Astley’s song “Never Gonna Give You Up” was released on this day in 1987 and led to the now famous “Rickrolling” phenomenon, an internet bait-and-switch using disguised hyperlinks to Astley’s video for the song.

“Never Gonna Give You Up” was the lead single from Astley’s debut full-length album, “Whenever You Need Somebody.”

The song quickly become a worldwide hit, charting at No.1 in 25 different countries, including the United States.

In the UK, the song topped the charts for five weeks and was the highest-selling single of 1987 there.

With a little over 1 billion video views on Youtube, the official music video for Rick Astley’s Never Gonna Give You Up has earned $2 million — and that’s after Google’s 45 percent cut!

Rick has sold over 45 million albums today and it was “Never gonna give you” that started it all!

In May, Astley released a reissued and remastered 35th-anniversary edition of “Whenever You Need Somebody” and he recently concluded the “Mixtape Tour” with New Kids on the Block, Salt-N-Pepa and En Vogue that visited 56 arenas across North America.