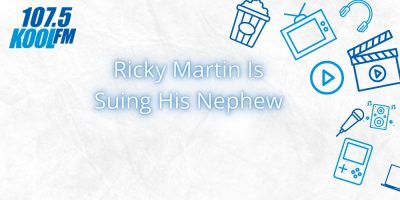 Martin is going after his nephew for $20 million after he accused his uncle of incest and sexual abuse.

According to reports, Ricky filed the paperwork yesterday against his 21-year-old nephew Dennis Yadiel Sanchez claiming he was attempting to “assassinate” the performer’s reputation.

Ricky claims his nephew had been sending him messages through Instagram, threatening to “assassinate his reputation and integrity” if he didn’t give him cash.

Ricky is also suing because he believes he has missed out on lucrative business opportunities because of his nephew.