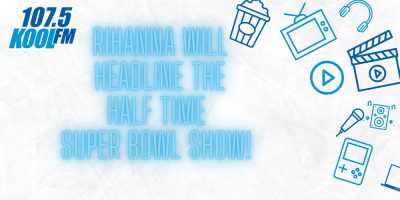 The NFL announced Sunday along with Jay-Z’s Roc Nation and Apple Music that Rihanna will take the stage! Rihanna posted an image on Instagram of an arm outstretched holding an NFL football.

The Super Bowl will take place at State Farm Stadium in Glendale, Arizona, on Feb. 12. After years of Pepsi’s sponsorship, the upcoming halftime show will be sponsored by Apple Music.

Rihanna declined to headline in 2019 to show solidarity with Colin Kaepernick.

With sales of more than 250 million records worldwide, Rihanna ranks as one of the best-selling female artists ever. Her last album was 2016’s “Anti.” Rihanna last performed publicly at the Grammy Awards in 2018.

Taylor Swift was also asked but turned it down because she wants to finish rerecording her first six albums first.