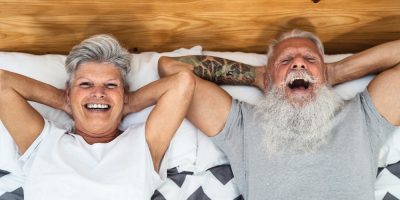 A new study published in the journal Developmental Psychology found adults report fewer stressors as they age and the challenges they do encounter don’t bother them as much.

Researchers examined patterns of stressors among adults aged between 22 and 77 over two decades.

The study determined that the older you get, the less stressed out you are.

As younger people, we may be juggling more, including jobs, families and homes, all of which create instances of daily stress. But as we age, our social roles and motivations change. Older people talk about wanting to maximize and enjoy the time they have, reports the study.

Over time, adults experienced an 11% reduction in the occurrence of stressor days on average.

The main takeaway from this research is that when we age, we stress less…(or perhaps, care-less)

In a separate study, 41% of Americans reported their lives have become more stressful in the past two years.

Meanwhile, most adults report only feeling relaxed for about 40 minutes each day, on average, with 47% claiming they get even fewer minutes of peace than that, according to a “self-care” poll published earlier this year.