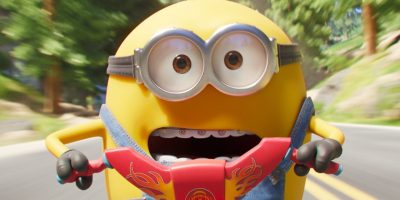 A social media trend centred around a new movie has led some theatres to outright disallow teenagers wearing suits to attend any screenings.

The trend, apparently originating on TikTok, is called “#Gentleminions” and focuses on the recently released animated movie “Minions: The Rise of Gru.”

Videos featuring flash-mob-style groups of teens engaging in the trend have garnered millions of views across various social media platforms!

For the trend, teenagers gather in large groups, dress in formal attire and attend screenings of the movie. They cheer throughout the movie, bring bananas and mimic the movie’s titular character “Gru” with mannerisms and speech.

While some may see the actions as harmless, others claim the trend is disruptive and even destructive at times.

One theatre had to cancel future screenings of the film due to what it called “stunningly bad behaviour,” the BBC reports.

The teens reportedly vandalized the theatre, abused staff and threw objects during the screening.

However, while the viral trend may be perceived as disruptive by some, it may have played a part in the movie’s box office success.

Worldwide, the movie has brought in more than $218 million so far, according to BoxOfficeMojo.com.