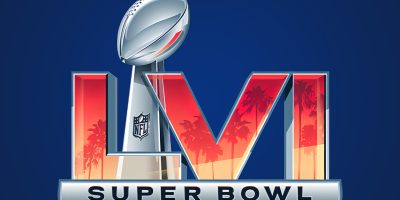 In NBC’s Super Bowl 56 logo, the Roman numerals LVI have red palm trees in them . . . but people think it looks like blood dripping down the letters. One person called it “CSI: Super Bowl”, and another said it looks like a promo for “Dexter”. What do you think?

I know those are supposed to be trees, but it looks as if the Super Bowl LVI logo was involved in something grisly. pic.twitter.com/1vL4etZ227