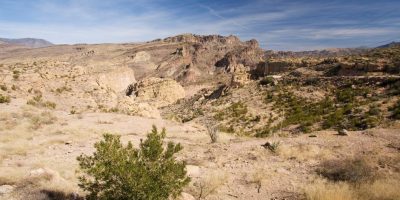 Here’s what not to do if you are ever confronted with nature.

Drinking water from a cactus.

If needed for survival, you could get some water out of a Fishhook Barrel Cactus but only in limited amounts, most cactuses have various acids and other fun things in the water that will make you shit yourself to death, dehydration in the desert isn’t a laughing matter and you don’t want to lose the precious bit of water left in your body to the desert ground.

“The desert is hot and little clothing is best.”

Cover up during both the day and the night. The sun will burn you and dehydrate you very quickly. During the night it’s really common for people to die of hypothermia because the temperature drops so fast. And honestly living here, during the winter it gets to the low 20s f pretty often. And the wind is awful. It’s dry heat here. There’s no moisture in the air majority of the year. You can drop dead from heatstroke “barely” sweating.

Running in a zigzag to outrun an alligator.

Alligators don’t run for long distances, so this will probably just waste your energy. They can also climb some fences and trees as well.   Just run straight. No question just book it. The alligator will eventually decide it’s had enough

Related: Survey Finds That The Majority Of People Think They Have The Skills To Live Off The Land…

“If you’re in a tornado, open all your windows to equalize the pressure inside to match the outside.” If you’re in a tornado opening any window or door will create a wind tunnel that rips your entire roof off. Waste no time getting to the lowest part of a building and/or the innermost room. Cracks and small openings take care of air pressure as buildings aren’t airtight.

If lightning has found a path that it likes to the ground it’s extremely likely to strike there multiple times. That’s why lightning rods work.

“If a shark is coming after you, swim away.”

If a shark is coming toward you in the first place, it’s most likely just curious and wants to check you out. Swimming away and thrashing about will further intrigue it to keep following you. Instead, redirect it by running your hand along its side and carefully positioning it to swim away from you. (Side note: If one happens to bite you, poke/stab it in the eyes or pull on its gills instead of bopping it in the nose. Gills and eyes are far more sensitive than a shark’s nose.)