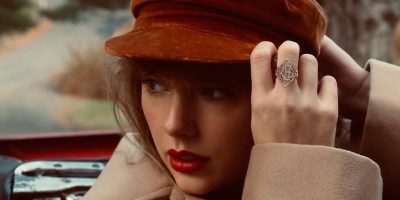 Taylor Swift just keeps finding ways to make history.  Off of Red (Taylor’s Version), the 10-minute and 13-second version of ‘All Too Well’ just became the longest song to top and appear on Billboard’s Hot 100 chart.

All Too Well (10 Minute Version) even surpassed Don McLean’s ‘American Pie,’ which is 8 minutes and 37 seconds, and topped the Billboard chart for four weeks back in 1972.  The Beatles are currently in third with ‘Hey Jude’ (7 minutes and 11 seconds).

The song also comes with an accompanying short film, which is 15-minutes in length, stars Sadie Sink and Dylan O’Brien, and was written and directed by Taylor.